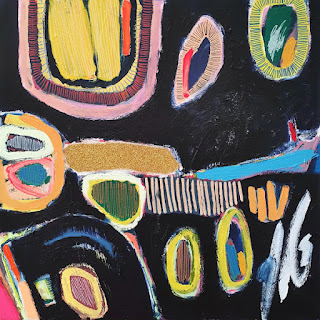 The News...not good and I was expecting some Republican distancing this morning...but they aren't. They just aren't......and it's so unbelievable.  Why back a Mental Case who admires Nazi Generals.?  Sigh...... Even AFTER they (T's White House staffers) explained that the Nazi Generals tried to KILL Hitler three times once they realized Hitler was INSANE. ...... so, okay..call in the Generals. Nuclear Codes???? Taken  home in a cardboard box????? As what? Something to paste in his scrapbook??? Or SELL.  Yep.

It rained over night and morning had a chill to it.....all welcome weather items.  The workmen next door are putting a new surface on the back deck.  It arrived yesterday.  It's the same stuff husband used for our back deck and the front steps.  A "no-rot' composite.  I see commercials on TV but can't recall the name- starts with a T.  They woke me up at 7:30 this morning.

They have been working on the deck sub structure.  Replacing things. The back deck lines up with my bedroom window.  I think they also might have made the deck larger.  With all the trees in that yard and the "damp" I would say a regular wood deck had most likely rotted out over the years.  Likewise with the brick chimney.  Ours was in the Sun and still rotted out.  The fireplace in our house is now large glass patio doors. Metal.  Not wood.  Anything we replaced- was NOT replaced with wood.

I recall the BRICK front steps of that house next door were also crumbling and moss covered.  Slippery.

A new roof on their entire house should be next.  And then as it gets colder --a new kitchen and new bathrooms. Unless they have run out of cash.  They "bragged" (to strangers they had just met) they were adding 400K to the house. It seems they might have gone past that......from my experience.  Here in Maine.  Stuff is expensive. Real expensive.  I ran out of money before WE could get a new kitchen. I'm still saving up........but as I stopped cooking......it hardly matters any more.