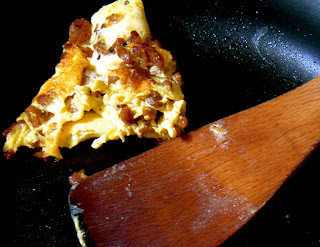 Straight Up refers to Strict Induction.   If a food item isn't listed in the Acceptable Foods List, then you can't have it.  Day Four began with another weight gain.  My rings are tight.  So water retention.  I don't care as yesterday I felt so much "lighter" and I kept feeling the sides of my pants, as there was room there that hadn't been there before.  Part of today's dilemma was caused by eating the wrong amounts of foods.  Too little, too much.  Usually, too little.  Then the body swings over to starvation mode.  Genetically, we are well set up to survive starvation.

I made a MIM this morning (for regularity) and toasted it and ate it with half the egg sausage mixture I made for my breakfast.  I am full.  I'll eat the rest later, for lunch.  Only a two egg omelet.  But too much.  I am also feeling overly warm this morning.  I think it will be 60 degrees today.  Outside and perhaps even here in the house.  Rolling eyes.

Masterpiece on PBS last night was perplexing.  An hour long poem.  And Alan Rickman looking so awful and Emma Thompson looking so luscious.  The food she chose looked amazing.  In the end, I didn't like the poem much.  I don't enjoy watching people drink and self destruct.  Too much like my, early, real life.

I started my Romance too late.  After 11 pm.  And I finally forced myself to stop reading at 2:30 am.  I will finish the book this afternoon.  It is better than usual.  No one but the heroine thinks the FBI guy is handsome.  As it should be.  No comparison to the asshole FBI agent on Bones.  I can't watch the show because the character is such an embarrassment to the FBI.  Did he used to be a vampire?  On another show?

Work tomorrow.  G didn't vacuum yesterday on his day off.  He did cut the grass.  And install the new lights and walk the dog.  Which is more than I did yesterday.

I am "girding my loins" in anticipation of washing the fridge shelves.  What a horrid job.  Nice when it's finished, but my goodness what a mess in the process.

Twelve by Twelve announced the new challenge set up, dates and first theme.  Metamorphosis. February 12.  I am most concerned about working in a 12 by 20 vertical.  I don't like the shape. It doesn't have a pleasing proportion. If you use standard watercolor paper as a size guide, what is the nearest size to correspond to 12?  (16 by 24??)   Which doesn't fit into the "play" on numbers of 12, 20, 2012.  I'll cut a backing piece and see what it looks like.  Try and get used to it.

The three volunteers who answered my plea for company are interested in a 20 inch square, Four Seasons challenge.  Beginning with Winter on December 21.  You don't have to reveal yourself in order to play along.  Just make a Winter Block.  No trading, no rules, no nothing.  I will link to any who want to reveal on the day before Spring arrives, March 19th.    Work on Winter during the Winter.  Followed by Spring due June 19, Summer due September 21 and Autumn due December 21.  Four by Twenty.
Posted by Joanne S at 11/14/2011 10:54:00 AM

I don't much like the 12 x 20 size either but since I want to play along, I'll do as you are going to do. There is lots of time (or so it seems at this point) so if I don't like the first rendition, I can always do a second.

I'm happy with the four seasons project. It will give me something to 'have' to do in order to show but lots of time between. Thanks for the ideas