If Only It Would Stop Snowing 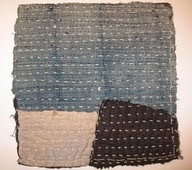 The forecast (here in Maine) is for over a foot more snow tomorrow.  In addition to the 24 inches on the ground and the 10 plus feet of plowed snow in every parking lot and along the sides of all the roads.  Visibility is slim to none.

Reminds me of going from our home in Florida up to Chicago in 1979 house hunting due to a job promotion for G.  The house we eventually purchased was seen, by us, as a roof sitting on top of a huge pile of snow.  Imagine our delight when the snow melted and we discovered a brick patio and double gas grills.

We can still see the houses here in Maine--not just roof tops.  But we can't see oncoming traffic at intersections.

Before Maine got all environmental the snow piles were loaded on dump trucks and driven to the ocean where it was dumped.  Now, well, they try and find vacant lots and open grassy areas and dump the snow there instead.  That's if they have time between storms.  Two days isn't enough time.
and that's the way it is here.  Every two days--another heavy storm.

Riley, G and I haven't been out for our daily walk since Monday of last week.  Businesses have already announced plans to be closed tomorrow.  The rush will be on to get to the grocery store.
Here in Maine--the typical list is to get a loaf of bread, milk, bottled water and batteries which sounds reasonable.  G's list is for orange juice and rice wine vinegar so far, but he might need more gas for the snowblower and the generator if the snow is heavy this time around.

I think I will be canceling my doctor's appointment for tomorrow and possibly making a few wabi sabi placemats out of fabric scraps.  I just wish my scraps looked as nice as the ones up top.  Like solid colors.  I'll have to repurpose some shirts--maybe.

Happy Superbowl.  I have pizza dough started and some stuff to make nachos.  And lemons and limes for margaritas.  I won't be watching but I do like the food.  (smile)

Sounds like Christmas in 1979, and Santa brought you a brick patio. That would never happen these days with all those pictures on the multi-list. Except maybe in Maine, if they listed the house now.